-->
Home The Aviation Blog Future of drones: How Quad Turbine VTOL Drone will change the world? world's smallest and most powerful jet-powered drone - The Aviation

Future of drones: How Quad Turbine VTOL Drone will change the world? world's smallest and most powerful jet-powered drone - The Aviation 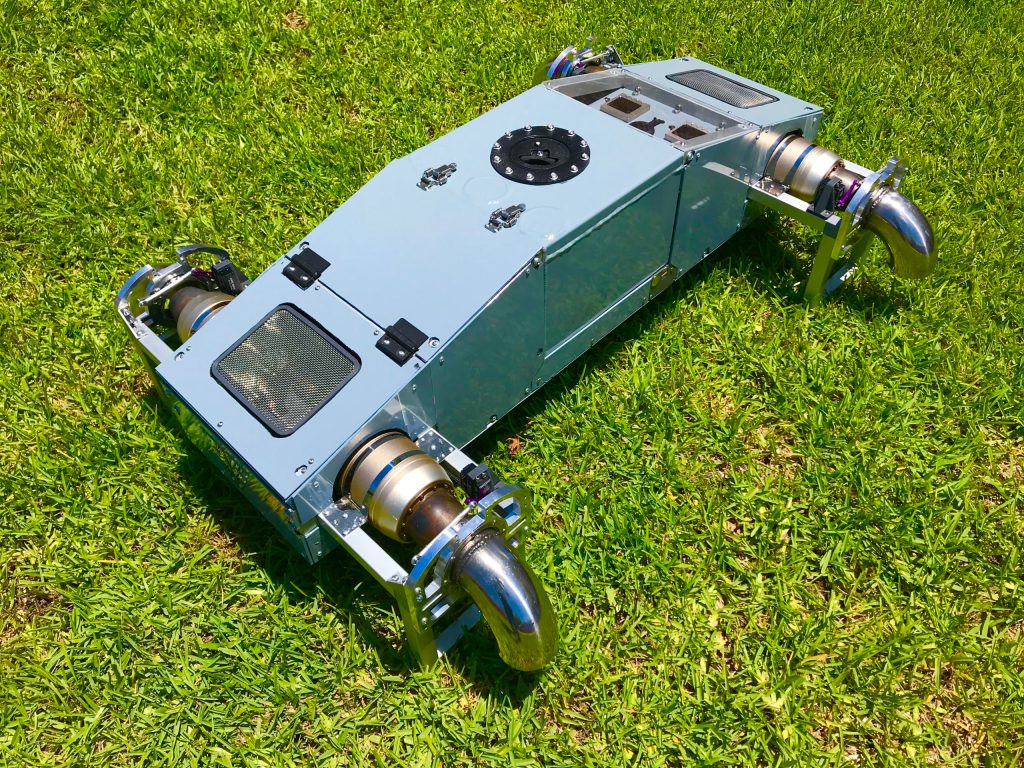 JetQuad is the world's smallest and most powerful jet-powered drone with vertical take-off and landing capabilities. It is like an unmanned, scaled-down version of the Harrier Jump-Jet.The term “drone” simply refers to an unmanned aerial vehicle or machine; considering this definition, the earliest man-made unmanned aerial vehicle was a hot air balloon used for bombardment in 1839. The first modern, state of the art drone was made in 1916 by Great Britain based on Tesla’s design. Drone technology development increased after World War I, and drones subsequently become much smaller and more efficient.

While they were initially developed for war purposes, today drones are not just serving the armed forces but also helping multiple industries in areas such as surveillance, tracking, and other security purposes. They are doing important work in relatively little time, things that take humans weeks and months to do, and making our life much safer and better.

For example, drone technology is having a huge impact on warehouses and inventories in giant companies like Amazon and Walmart. These warehouses are getting bigger and bigger, and it would take humans weeks and months to scan every product, report those that are missing, and otherwise manage the inventory. Drone technology can quickly scan and automatically add, remove, and report missing products in inventory through direct interaction with software.

JetQuad is a drone, also known as UAV (Unmanned Aerial Vehicle) or UAS (Unmanned Aerial System). However, the JetQuad relies on new type of propulsion - it is not a quadcopter, nor a helicopter, nor an airplane. Four microturbine jet-engines produce a combined 200-Horsepower at full throttle and are all coupled with proprietary Thrust Vectoring Systems. We refer to this design as the "H-Configuration" - this is the first ever configuration in which the jet-engines alone provide the power for both vertical and horizontal flight as well as complete attitude control of the vehicle. The result is a compact, fully-autonomous, all-diesel drone, that can take-off and land virtually from any surface and capable of high speeds and payload capacity. FusionFlight has been developing JetQuad since 2016, check out some of the articles published over the years.

The AB5 JetQuad is a prototype model. We are actively working on finalizing our pilot model AB6 JetQuad (by improving overall vehicle reliability and expanding the flight envelope). This version will be available for sale starting in the summer of 2021, pending qualification testing. Variants with larger engines and improved aerodynamics will follow later.

The JetQuad is specifically designed so that it can easily be carried by a single person. Empty and unloaded, the drone weighs 50lbs and has convenient rails to hold onto. In addition, the small footprint of the drone means it can be transported using most common ground vehicles. The production version of the JetQuad will contain retractable landing gear equipped with shock-spring systems to further cushion the aircraft during landing and provide additional flexibility for taking-off and landing from uneven terrain.

It is obvious that four jet-engines will generate quite a lot of noise, so the current JetQuad drone is noisy - estimated about 120db if you are standing right next to it. However, there are several noise suppression technologies which are yet to be explored such as specially designed intake systems, exhaust systems, and active noise cancellation using onboard speakers. Future versions of the JetQuad will certainly be more silent thanks to these technologies, but for now the applications will be confined to those not requiring low-noise operation.

The performance of the JetQuad surpasses all other drone technologies for two main reasons: the use of jet-engines for propulsion, and diesel for fuel. The microturbines (small jet-engines) have the highest power-to-mass and power-to-volume densities of all known air-breathing engines. This means that when compared to similar-sized Internal Combustion Engines or electrical motors (as used in most modern drone designs) the jet-engines can output significantly more power. Furthermore, diesel fuel which is readily available anywhere in the world has 40-times more energy density then conventional Lithium Polymer batteries and takes minutes to refuel instead of hours that it takes to recharge batteries. When combined together, the product is a very compact and reliable drone that can go faster and carry more then any other drone of similar size.

As the technology matures, drones will extend into other areas, including:

Drones, now in their seventh generation, are impacting our day-to-day lives and creating very positive impacts. They ease our daily lives in areas including transport, entertainment, defense, and security, and soon we will see drones hovering over us to contribute to our work. Drones are an extremely valuable invention, and their potential use cases suggest they will revolutionize our lives with a whole new era of technology.